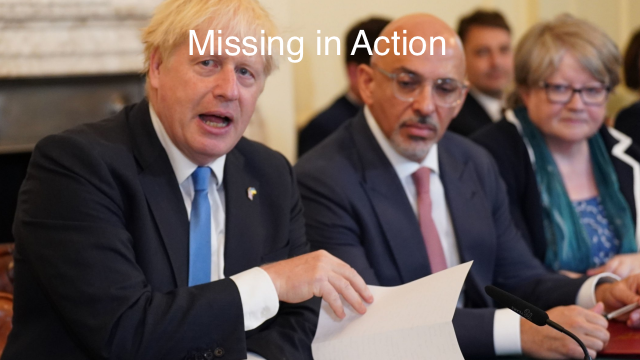 A Tory source tells the UK i newspaper: “The iceberg is getting closer and closer… and you’ve got Liz and Rishi doing a ridiculous leadership contest. We’ve got nothing, we’ve done nothing.”

UK government ministers were accused of a “dereliction of duty” today for not providing anyone for the media round this morning, leaving presenters to ask why no one from the government was prepared to face the public. This followed the energy regulator Ofgem announcing that the price cap will increase to £3,549 on 1st October.

In contrast, Lisa Nandy (Labour’s shadow chancellor) appeared on BBC Breakfast and called on the government to follow Labour’s lead and freeze energy bills. She said, “The fact that no Government minister is available to come on your programme today is just appalling. They are not here to give assurances, they are not here to set out what they are going to do. That is a dereliction of duty.”